A refuge for all Infecteds and Infusions

Who is online?
In total there is 1 user online :: 0 Registered, 0 Hidden and 1 Guest

All you need to know about the HIC and this forum

All you need to know about the HIC and this forum

What is the HIC?

The HIC or HIIC is a fictional Corporation in the Manga/Anime series of AKL. HIC simply means "Higher Intelligence of the Infected Corporation/Company/Co-operation"

Generally the HIC's main job was to provide care for those who were infected with the Infusion Virus, but it later became a Military based defence against the Infectant and the Yokubari Biochemistry research Corporation (YBR).

What is the YBR and who is Kane Sumato?
YBR are indeed responsible for the Infusion Virus, and the Individual - Kane Sumato. Kane engineered the virus deliberately as a way to get a promotion/more money. Kane later killed the Head and founder of YBR, Sullivan Yokubari, then framed his death before he took the role as boss of the company.

What is this forum for?
Basically this is a place to talk about things that are relavent to the AKL manga/Anime series and the HIC. Mangas will be posted here for you to enjoy and read. Users based off the characters HIC/AKL series role play as their HIC Number and character. Some even post really funny stuff in the random sector of the forum (Mind the 18+ section!) Feel free to join along with the team!

What's my HIC number/How do I get one?
If you would like a HIC number, you need to register and go to the HIC Number Storage category
check to see that a number isn't taken and then claim it by making a post with the title
"Number claim *number"
(minus the quotes) *number is where you would put the number that you have claimed.

If you have a character with a number already, you can look at this document here to remind you what that number is! 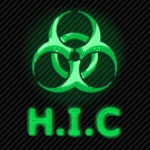 I do not know how long. I do not know exactly where.
But I know that I'm am going. It's good but not fair.
Byebye.

I think we're on a roll